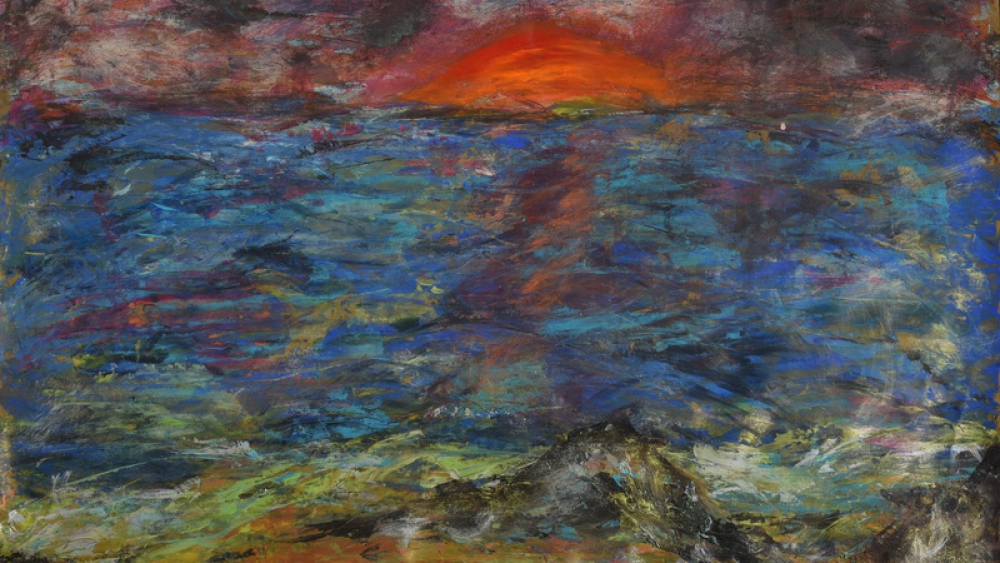 I had known nothing about him. Not even his name. I held the book in my hands and I was mesmerized by what I was to discover on each page. Who was this stranger? A man nobody had heard of? I was first impacted by learning of how he died: he starved to death at 58 during the Siege of Leningrad in 1941; he had given his ration of bread to his wife. Pavel Filinov, the revolutionary, would not sign his paintings: he believed that the true ‘owners’ were the People and that his paintings belonged to them. Thus, he refused to sell them.

He is considered among the greatest artists of his generation: Chagall, Malevitch, and Kandinsky. He could have left Russia as many did at the time, when it was still possible. But Filinov remained for he really believed and craved for a better future in Russia.

However, he was blacklisted and his paintings were stored in the cellars of the Bolshevik regime.

I was so overwhelmed by emotion when I saw his paintings that it was a real trigger: it resulted in several of the paintings displayed here, in this exhibition.

These canvases, among others, express the very unpretentious and intricate tale of people, who like him, dream of a better and more meaningful life.

You will bear witness to the faces of men and women that are passionate with hope and are a treasure of memories.

They share family souvenirs, times of love and friendship, joy and sadness, moments of bliss and light.

Pavel’s dreams could only be but a utopia.

Nonetheless here, in our homeland, our dreams have been coming true.

It is astonishing how our expectations have materialized into a miraculous actuality.

One could just snicker at it, or in order to stay serious, can just smile.

So, let us raise our glasses as the characters do on the canvases, let us toast L’Chaim to Pavel!