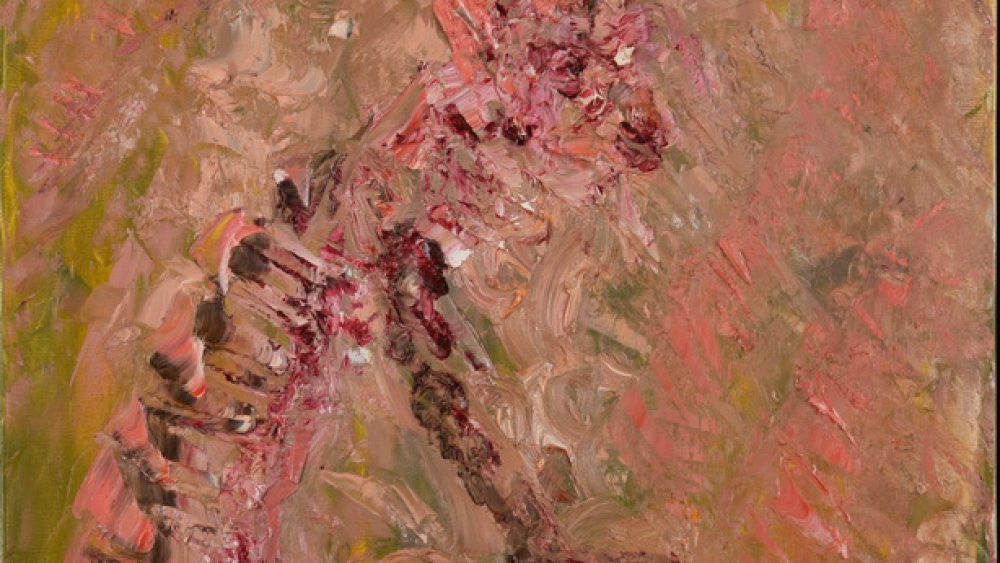 The story is told of an artist who was observed whilst dancing alone in his studio. He would dance holding the easel of his painting, and in his other hand he would hold the painting he had just finished. This is how the story goes, though few people believed this strange story.

And behold, on a lovely day in the month of May, the stewards were busy putting up the art exhibits in the exhibition hall of the theatre. Their work was almost done: most of the pieces of art had been put in place, the last ones were leaning against the wall on the side, ready to be placed on the walls…

Suddenly, the artist appeared amongst the paintings, he began to swirl around, and dance, whilst humming a tune. Lifting his arms gently, swaying in time to the music emitting from his mouth, his feet tapping small beats on the floor.

The characters in the paintings, noticed the artist, and looked at one another, smiling. Their smiles turned to laughter, one turning to the other, “Shall we join?” the Baron suggested.

“Lets go”, came the immediate response from the Mexican in the painting that was leaning against one of the pillars on the floor.

The two of them jumped up, holding hands together, and started to dance with the artist.

The three of them started to dance in circles, others began to join in, jumping out of their frames, and joining the growing circle of dancers.

The security guard and two other workers joined the circle, laughing.

Visitors to the exhibition, who had arrived early, came closer to look, and they too, got drawn in to the dance circle.

The artist stood in the center of the circle, eyes closed, hands circling in the air.

Everyone around him was singing with one heart, together, and enthusiastically tapping the floor with their feet.

For each and every one of them, this was a once in a lifetime opportunity.

The sounds of the melody reached the manager, who ran towards them, puffing, panting and sweating. “What is this circus going on here?” he asked aggressively. The security guard and the other workers ran away, the rest of the dancers slipped away evasively, some to the nearby restaurant and some to the bookshop next to them.

The characters jumped back into the frames of their paintings, and the artist stood still in his place, looking at the ceiling contemplatively.

“So, have you quite finished?” asked the manager.

“Yes Sir, we have almost finished hanging up the last paintings”, answered the artist, as if surprised by the question.

For everyone, this had been an opportunity of once in a lifetime.